Following on from Joël Tettamanti, in 2004, Olivier Amsellem, in 2005, Erwan Frotin, in 2007 and Charles Fréger, in 2008, the Villa Noailles will exhibit, from the 18th of October to the 6th of December 2009, a new photographic commission awarded on this occasion to Cyrille Weiner. Weiner’s work has already been shown at the villa in 2005, during the exhibition Oui, avec plaisir, which was dedicated to the architect Patrick Bouchain, and for which he specially photographed a number of Bouchain’s works.

Presque île is the result of a two year residency at the villa Noailles. This series explores a protected area – the Presqu’Ile de Giens, the Iles d’Or, and the coastline of Hyères, Toulon and its suburbs – from the perspective of appropriation. Through these landscapes, the local installations, and the locations, Cyrille Weiner offers a poetic stroll, along with a reinterpretation of the imagery of the islands and the coastline.

A catalogue is co-published by villa Noailles and Archibooks. 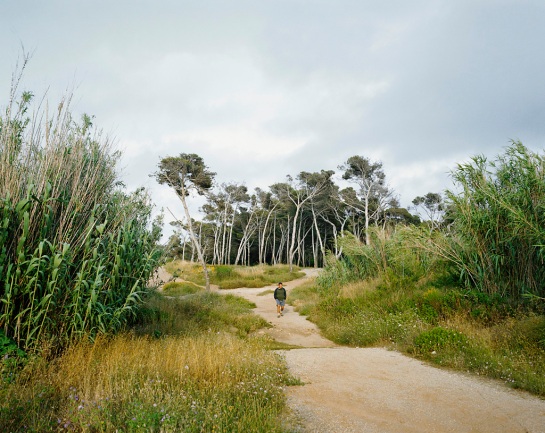 A WALK ON THE EDGE

A man sets himself the task of portraying the world. Through the years he peoples a space with images of provinces, kingdoms, mountains, bays, ships, islands, fishes, rooms, instruments, stars, horses, and people. Shortly before his death, he discovers that that patient labyrinth of lines traces the image of his face. [Jorge Luis Borges]

For two years, the photographer made repeated, sporadic visits to the peninsula and the neighbouring land. He preferred to go before or after the high season, in chilly February, in still sensual June, or in September when tranquillity had returned. In Giens, he followed the footpaths that crisscross this rugged region. As he walked up the stony paths and down the slippery, ochre, clay slopes, snagged here and there with the roots of knotty pines, his destination was always the image. It would appear to him at a bend in a narrow passage through the tall yellowish grasses, where a walker was approaching, leaving the sea below, absorbed in their stroll and oblivious to the photographer’s lens; or behind a massive wall of pale rock, in the form of a small red back, bent towards the still distant sea. The image captured often shows a passenger on the move, in a landscape that seems everywhere to flaunt its magnificent indifference to this fleeting presence. Nature appears as sullen and harsh. It does not offer propitious spaces, adapted for human leisure; nor does it allow itself to be conquered; it lets itself be visited, gently touched by the walker. 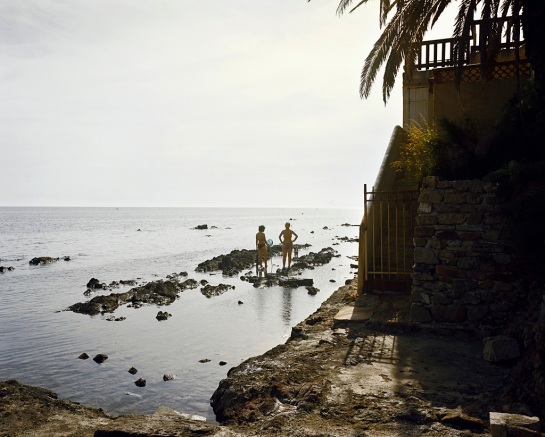 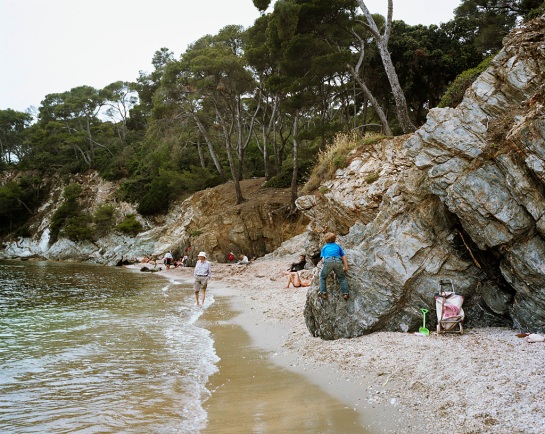 The photographer invariably selects people who are submerged in some vast landscape, in the suffocating heat of the paths and the wooded areas dotted with slender tree trunks that they lead to, in the blue sky and the sea whose whitecaps endlessly draw the eye and feet. The person surveying the scene, marooned in the landscape, sometimes engaged in a family activity, often absorbed in the rapt contemplation of the infinite – alone or in a shared solitude – is offered what no property rights can lay claim to: the horizon. Their contemplation sometimes leads to delight when they surreptitiously glimpse the complicit echo of the sparkling water and the metallic glint of the mica on the sand. At this point, they know that, at the end of this narrow path, they have invented ‘their place’. No matter if they have to share it with others, providing they do not make a noise. 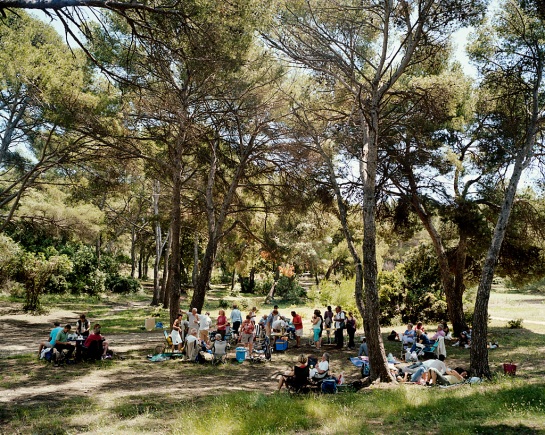 Returning on another day, they discover that the light has changed, the air is no longer the same and the atmosphere is different. As Emerson put it, ‘Nature always wears the colours of the spirit.’ No longer able to recognise their haven, they set off again, resuming their quest. They have to visit many shorelines before they can find their own. The edge of the world marks the beginning of the self. Henry David Thoreau wrote:

Direct your eye right inward, and you’ll find
A thousand regions of your mind
Yet undiscovered. Travel them and be
Expert in home-cosmography.

During these successive visits, the photographer, while remaining at a distance, immersed himself in these chimeras the better to fix them. His images embrace the fantasies of the people in them, the other half that their eyes take in beyond the picture frame. He brings back from these trips not a topographical survey, but rather views of the mind, impressionistic drawings, which, one after the other, form the shifting map of a cosmography of the self. 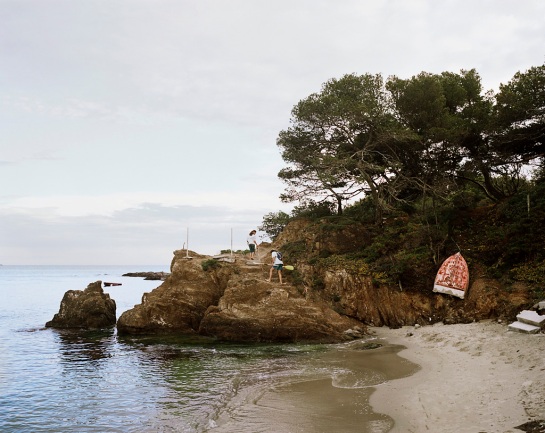