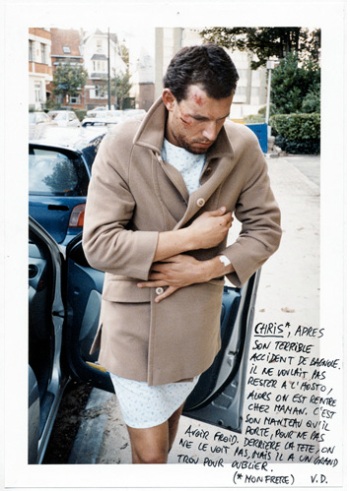 Joël Tettamanti
from the serie Artemis

Criminal Photography from the Casasola Archive 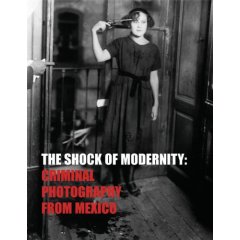 The Casasola Archive is a vast collection of over half a million photographs taken by several generations of the Casasola family and over four hundred other photographers. Collectively, the images, now housed in the Instituto Nacional de Antropologia e Historia’s Fototeca in Pachuca, Hidalgo, form one of the most important photographic archives in Mexico and offer a cross-section of, for the most part, urban society over the first half of the twentieth century. A large segment of the archive is identified as Judiciales, which includes photographs of crime scenes, reconstructions of crimes, documentation of evidence and of police procedures, and criminal trials.

The crime photographs in the Casasola Archive, and the (generally) lowbrow periodicals in which they appeared, played to a popular fear of modernity. Our image of Mexico in the 1920s and 1930s is inextricably intertwined with the utopian visions promulgated by the muralists—Diego Rivera, José Orozco, and David Alfaro Siqueiros. But Mexican modernity also encompassed darker and more pessimistic urges, impulses linked to the chaotic face of modernity and associated with sensations of shock, the fascination with violence, and the destructive potential of the new machine age. Set largely in the mostmodern sectors of society—banks, factories, elegant eateries, and trendy watering holes—crime photographs reflect on and propagate these anxieties. The photographers of the Casasola agency, agents of an emergent mass culture, fed on public fears as they embodied the new regimen of mechanical production and diffusion of images.

In the new social order emerging painfully from the Revolution, crime gained new significance. While a source of anxiety, there was also a perverse pride in criminal activities as proof of a new emergent modernity. An editorial in the newspaper El Universal, reflecting on the particularly brutal assaults on a train and an office building the previous day, claimed:
Just as Mexico City is no longer a provincial city, pleasant and welcoming, but rather has become a cosmopolitan center, so too criminality, which once went about in diapers, has now grown and matured. Conan Doyle, Captain Mayne Reid, and others devoted to detective fiction would not look down on the keen Latin scamps of today who we accept as the legitimate and natural product of these advanced times.

The popular press supplied readers with a steady diet of crime stories that bolstered this perception. Celebrated criminal case included those of Mexico ‘s first serial killer, Goyo Cardenas; murders such as the case of “Miss Mexico ” María Teresa Landa and Alberto Gallegos; and the assassination of the exiled Leon Trotsky. Photographs in the Casasola Archive document cases—ranging from political assassinations to crimes of a passion, from anonymous robberies to notorious homicides. They placed violence at the center of the modern urban experience.